Setting Up Rails 5 API Only App with ActiveAdmin enabled

Note: This article is out of date since Rails 5 has been already released. Here is an updated version of this article.

A new version of Rails 5.0 beta 3 was published several days ago while the final version is to be released on March 16. It means we can start playing with it right now! Yay!!

As you may probably know rails-api gem is now shipped with rails 5 by default. It means that we can create beautiful API services using rails without any doubt =)

If you missed the announcement on what’s new in Rails 5, checkout the rails 5.0.0 anounce

Rails is … a great companion for the new crop of client-side JavaScript or native applications that just needs the backend to speak JSON. We’ve made this even clearer now with the new –api mode. If you create a new Rails application using rails new backend –api, you’ll get a slimmed down skeleton and configuration that assumes you’ll be working with JSON, not HTML.

Generating an API application stripes down Rails a lot, disabling views, flash messages, cookies, and more more, but ActiveAdmin can still be plugged into it with a bit of tweaking. So here is the steps on how to create a new Rails-5 API application with ActiveAdmin integration:

Even thought Rails 5 API allows us to get rid of senseless Rails’ Front-End parts, generating a new project using --api param, we can easily integrate ActiveAdmin into it.

We also need to include several classes to the middleware to make it working.

Note: This way your main application code is still API only with all its benefits but you will be able to use ActiveAdmin and it should work as expected. 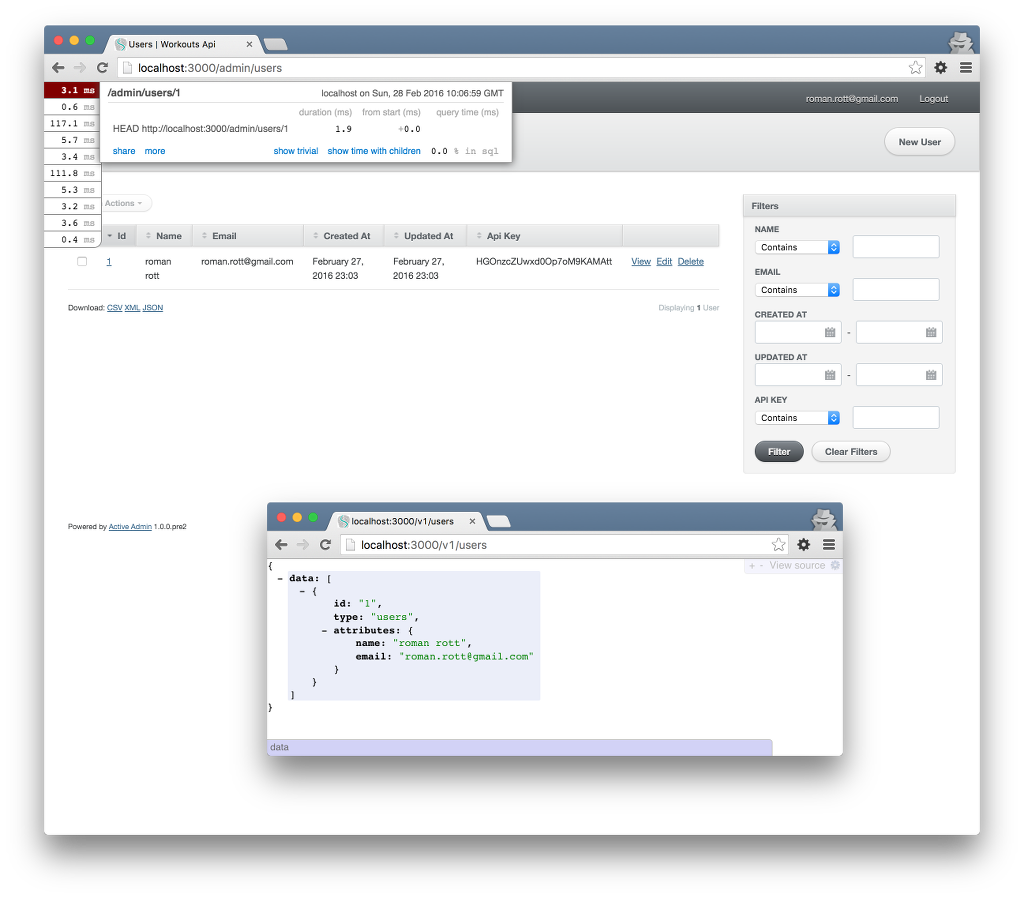 Don’t forget to isolate your admin page to protect it from attacks. You can, for example, filter out access to it so it is available from your internal IP address only.

Keep having a good day!